HomeInsightsBlogAfricaLand investments in Africa: a long-term move or a simple opportunity?

Land investments in Africa: a long-term move or a simple opportunity?

Land investments in Africa: a long-term move or a simple opportunity? 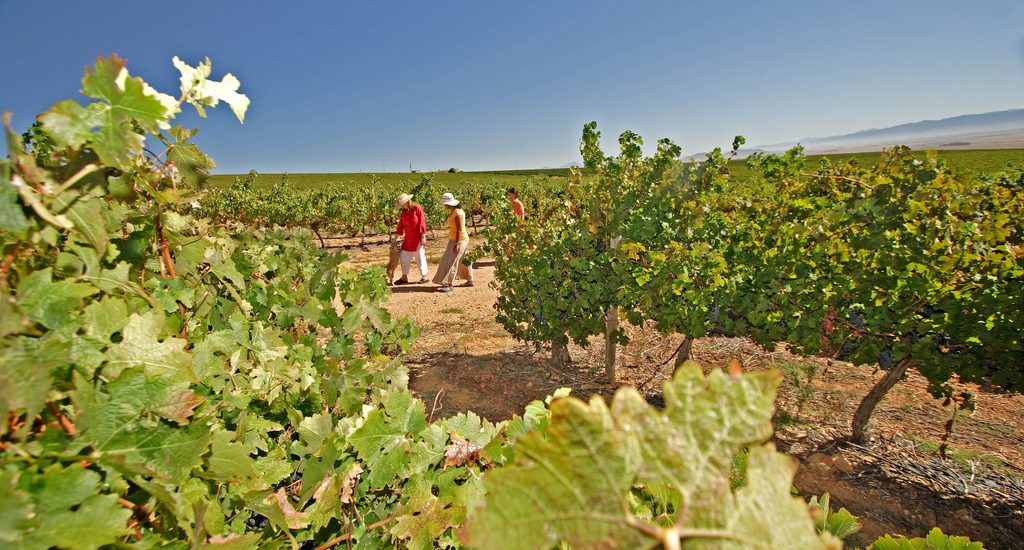 As we saw in the previous article, Africa has a considerable agricultural potential in terms of lands but doesn’t take full advantage of it because of its lack of means. On other continents, the situation is in the opposite direction as the developed regions of the world started to run out of agricultural resources for various reasons over the last decades. Those contrasted situations created some opportunities for both sides that led to many large-scale land investments. In this article we are going to explain the reasons behind such investments and we will focus on the investor’s and target’s profiles.

The world has grown fast, too fast for the agricultural sector which was neglected by the developed regions in the world in favor of industry and services: the part of agriculture in GDP represented less than 10% in 1970 and 2% in 2011.

This strategic orientation wasn’t without consequences:

1/ According to FAO, the surface of the arable land has decreased in America and Europe over the last twenty years by a CAGR of 1.1% due to urbanization that pushed governments to increase the size of their cities and the greenhouse effect threat that encouraged the developed countries to produce biofuels from 2000s years making a reallocation of their arable lands.

2/ The fast development of the emerging countries has expanded the middle class size which impacts the food consumption and needs in those countries. It has also pointed out the government’s inability to be self-sufficient (eg. the trade balance deficit on agricultural products grew by 14% in India from 1990 to 2010 according to FAO).

3/ The financial speculation and the financial / food crisis: Many financial actors (Sovereign Wealth Funds , Pension funds, Hedge funds, private equity investors and banks) had shown more interest on agriculture lands after the subprime crisis by investing, directly (by acquiring lands) and indirectly (by financing agribusiness firms projects) in land acquisitions. Two different actors with two different strategies stand out: The classic financial partners that supported agribusiness firms to ensure food security in their country and the speculative funds that made profits by directly influenced the commodity market by acting on the offer; or by growing up the land value (eg. GreenWorld BVI acquired a lease of 1 250 ha of land in Sierra Leon and the company reported in 2012 the payment of an initial dividend of 16.2% to its investors and that the value of the land has increased by nearly 30%)

Large-scale land acquisition or commonly called “land grabbing” by criticizers started in Africa in the 2000s and then accelerated in 2007-2008 with the early beginning of the food crisis. According to GRAIN, more than 14 million hectares of land had been granted to foreign investors in Africa from 2006 to 2012. This number only covers deals that have been made for crop production. The agribusiness sector dominated the market followed by the financial sector and governments depending on the investor region. Asia is the top investor with a 28% share closely followed by the Middle East with a 22% share and surprisingly Africa with a 20% share. 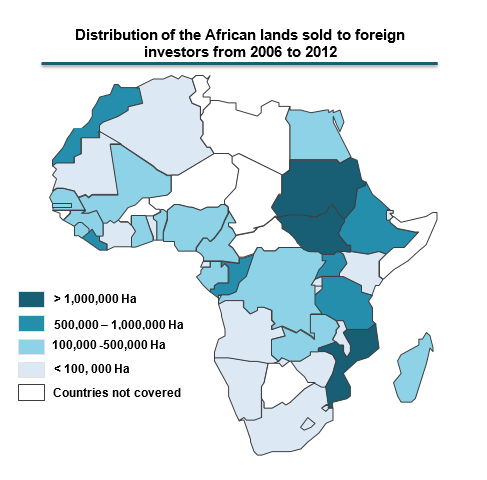 Two African Investors stand out: Egypt and South Africa which represented alone 86% of the intra African transaction. Egypt has to extend it agricultural area: It is constituted of 90% of desert and therefore exploits 100% of the remaining area so the government decided to acquire lands in Ethiopia, Sudan and Uganda; the case of South Africa is atypical because they have land in abundance but white farmers suffer from violence and thus they are acquiring lands through powerful farmers association in Congo, Mozambique and Zambia.

NGOs claim that Africa is a victim and that it is facing a new “green colonialism” but some African Countries encourage such investments claiming that they have unexploited resources. Nigeria, for instance, offers to investors to fully exploit its lands and to export back 100% of the production.

After analyzing both sides arguments it seems like the success of those deals relies on the ability of the investors to keep their promises made to small farmers who lost their land in exchange of a share of the profits and the ability of the governments to propose tailored instruments to create a win-win environment.

In 2008 the world’s urban population exceeded its rural population, but the world cannot be considered as one unique reality; this phenomenon happened 50 years ago in America and Europe and still not in Africa and it is only projected to happen in 2030 according to FAO. Until then is Africa correct on its selling strategy and give up on its potential?