Where is the Super Eagles’ nation standing financially?

Where is the Super Eagles’ nation standing financially? 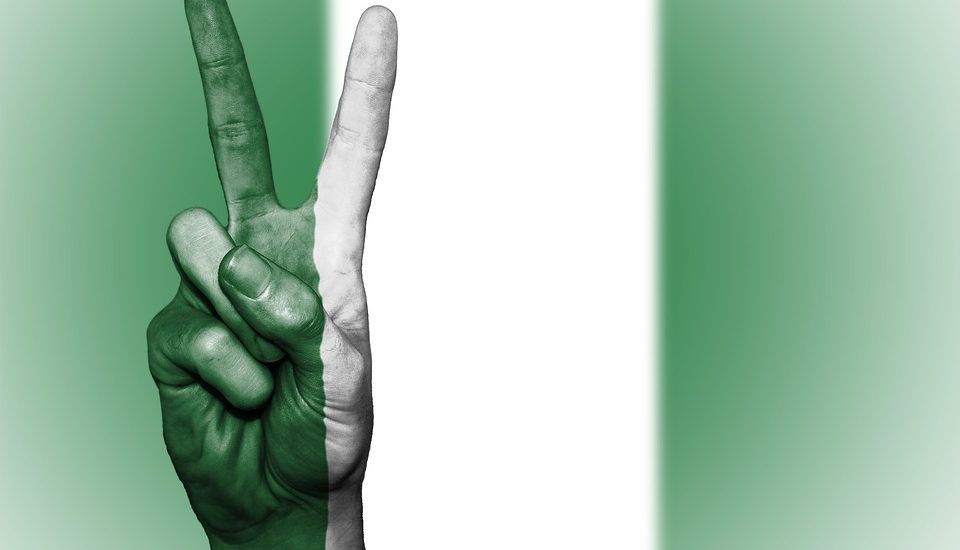 Nigerian banking industry, regulated by the Central Bank of Nigeria (CBN), is made up of commercial banks and development finance institutions, microfinance banks, finance companies, discount houses and primary mortgage institutions. Economically, Nigeria is now a very attractive country as corruption is being treated and its economy is annually expanding at almost 7 percent, while the inflation’s rate in fewer than 10 percent and keeps going down.

In 2005, Nigeria’s government made a consolidation of the banking sector, taking the number of banks from 89 to 24, with capital reserves reaching 25 billion Naira, from the initial 2 billion. The country’s economy was doing well and banks were performing. In 2007, Nigerian capital market was one of the world best-performing ones.

Then in 2008, “oil prices went up to $147 a barrel and Nigeria was producing over 2 million barrels a day, all that liquidity went into creating a bubble in the Nigerian market”, said Mr. Sanusi, Governor of Central bank of Nigeria. “Some banks had 30 to 40 percent of their portfolios directly or indirectly exposed to the capital market. Oil prices crashed to under $40 a barrel that took out the liquidity from the system, and the bubble burst”, he added. “The crash led to a big run down in reserves and the central bank had to devalue the currency by about 25 percent in one night”.

Almost around the same period, Nigerian banks were abusively lending money to their people. The market was too small to absorb the surplus of money, and stocks rose abnormally, way above their real values. At end December 2009, the stock market had dropped 70 percent. The financial crisis has to be handled up quick and in an effective way, to avoid all the economy to collapse.

In June 2009, Mr. Lamido Sanusi, was appointed a new governor of Central Bank of Nigeria and began to clean up the industry. He ordered an audit of all 24 banks, after finding that banks’ overexposure to capital market was not the only issue, but fraud, corruption, and weak management system were deeply present in the banking sector.

After the audit, eight banks representing 30 percent of total liabilities and 40 percent of total assets, have seen their CEOs and executive directors fired.  Within these eight banks, five were absorbed in mergers, while three were nationalized, Main Street, Keystone, and Entreprise Bank, soon to be all sold by the Nigerian government.

New governance rules were set up: CEO can no longer remain for more than 10 years in the same bank, as well as auditors. Non-executive directors can’t also remain in the bank for more than 12 years. Three institutions also viewed the day: the first one to purchase non-performing loans (NPL) from banks; the second to inject capital into banks in need after the purchase of their non-performing loans; and the third one to restructure debt so that it could be paid.

The Asset Management Corporation of Nigeria (AMCON) was therefore established in July 2010, as a key stabilizing and revitalizing tool to revive the financial system. The Nigerian government had to bail out banks for 420 billion Naira ($2.8 billion) and AMCON took on 1700 billion Naira ($11.4 billion) of non-performing loans from the banking industry. The Central Bank of Nigeria also had to inject 600 billion Naira ($3.9 billion) of Tier 2 capital into the ten banks that failed to fulfill CBN requirement after the audit, and ordered institutions to cut their non-performing loan ratios to 5 percent. The percentage of NPL went from 36.1 percent in 2009 to 11.6 percent in 2011, across the financial market.

Years 2010, 2011 and the beginning of 2012 was the recovery period for the banking industry which is now performing well and started catching foreign investors’ interest. FirstRand and Absa, South African banks, appeared to be interested in the three nationalized banks put on sold, especially Entreprise Bank, as they are considering starting retail operations in Nigeria.

The crisis past, Nigerian banking industry now has to boost the market and respond to the low bank penetration rate.

In fact, the country still under banked with about 30 million of Nigerians having a bank account, in a population of 169 million in 2012, resulting in more than 70 percent of Nigerians being unbanked. Retail banking is not developed and corporate accounts represent more than 60% of banks’ revenues and assets. With an annual population growth rate of 2.8 percent, moving to retail banking will be a big opportunity for banks to increase their growth and revenues. To gain more individuals, banks are moving to mobile banking, in order to reach people, in rural areas, who don’t have access to branches, using the important mobile penetration rate to serve their interest.

As Nigerian government tries to reduce the dominance of cash transaction, which will lead to more electronic transactions, the population will be encouraged to open bank accounts. This will also reduce banks’ costs of processing and handling liquidity.

Banks also have to work on low consumer lending, especially mortgage, with only around 20,000 people who have access to mortgage, at a very expensive cost. For bankers, the lack of data sharing between banks, which could allow them to know if the applicant has a record of defaulting or not, has been the main cause for limiting mortgage. With the CBN Credit Risk Management System, a biometric system and data sharing arrangement that collects such information and makes it available to institutions has been set up.

Beside this problem, there are local laws that make it hard for bankers to confiscate home in case of payment default, which doesn’t motivate them to give a mortgage. Also because they have a hard time accessing long-term financing with no deep domestic corporate bond market, banks are reluctant to give mortgage loans. The situation went worst when the CBN increased banks’ cash reserve requirement from 8 percent to 12 percent in 2012, to reign in excess liquidity. A year later, CBN increased again the cash reserve requirement to 50 percent for public sector deposits, as liquidity was rising and the national currency was under pressure.

Today, with the government’s will to reduce cash transactions, Nigerian banks are expanding their debt and credit card business. Mortgage is becoming common and mobile banking is growing.

Mr. Sanusi’s objective was not only to clean up the financial industry but to have banks moving back to their primary role, which is intermediation, instead of lending money for speculation.

With a big retail market to conquer, net interest margins of 8 percent (*) and return on average equity of 25% (*), the profitability is high in the Nigerian banking industry, and will be for long, given the country’s fast growing economy and population, and the abundance of its natural resources.

Given the importance of Muslim population, almost 50 percent, the introduction of Islamic banking as developed countries are all doing, is another way for Nigerian banks to increase their presence on the international scene.

CBN have introduced this year, new regulations intended to transform the country into a hub for Islamic finance. For now, there are only two Islamic banks: Stanbic IBTC, a unit of South African Standard Bank; and Jaiz Bank, an unquoted public company with total assets of 20.6 billion Naira ($129 million) as of June 2013. According to CBN, Sterling Bank has been granted approval for an Islamic window, and two other banks have expressed their will in obtaining licenses to operate Islamic windows.

In south western Nigeria, Osun State is planning the launch of Nigeria’s first sukuk bond, starting with 10 billion Naira ($62 million) with a 7 year maturity, which will be listed in the Nigerian Stock Exchange. CBN has set up an advisory committee to regulate Sharia compliance, while the insurance regulator, National Insurance Commission (NAICOM), issued guidelines for Takaful operations.

With all these measures being implementing, a good growth in banks’ assets, a fast growing economy, and a banking penetration to explode, Nigerian banks are making a big coming back on the African banking industry. No doubt that in the five coming years, they will be head to head with the big South African banks.

South Africa and Morocco, watch out! The Super Eagle is deploying its wings on the international market, starting with our lovely continent!