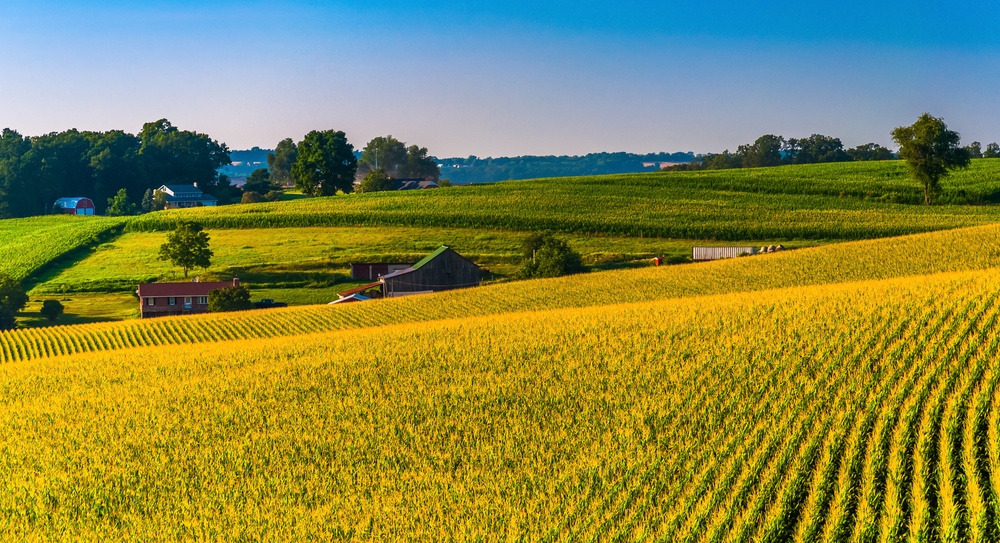 In most African countries, large proportions of the labor force are employed in the agricultural sector. Despite this important contribution to the economy, African agriculture is still characterized by low productivity compared to non-agricultural sectors. The sector’s shares in the GDP are systematically lower than the employment shares of agriculture in most countries in the continent. While globalized trade interaction is on the rise, African participation in the international agricultural market remains low, at only two (2) percent.[1]

As noted in one of the McKinsey recent reports, “African agriculture is at a turning point, and a long-awaited ‘green revolution’ may be within reach”. In fact, the focus is now shifting towards African agriculture, not only because most people work in the sector but also because an investment in the sector usually leads to desirable incomes. Evidence show that investment in the agricultural sector is between 2.5 and 3.0 times more effective in improving the poor’s smallholders income than is the non-agricultural sector investment. Agricultural growth is indeed a primary source of alleviating poverty compared to the general growth. The reverse is also true, the decline in agricultural growth leads an increase in poverty and hunger. It is unsurprising that, during 2008 and 2010, there were increased poverty levels and hunger in developing countries when food prices rose worldwide.[2]

This paper is the first in a series that will seek to examine the role of agriculture in selected African countries. The paper focusses on Nigeria and provides a broad overview of some of the key developments in agriculture. It features and analyzes the sector’s progress from 1960s to date, and some future prospects.

In the 1960s, the share of agriculture in Nigerian GDP was 60 percent. The sector was very important in terms of its contributions to employment. Both the government and private investors gave the sector adequate attention. Up to 75 percent of Nigeria’s export were from the agricultural sector, and crops formed a significant part of Nigerian foreign exchange earnings. Nigeria was equally a key player in the global agricultural market.[3]

50 years later, Nigerian status as agricultural powerhouse has declined, significantly. Agriculture is no longer the primary foreign exchange earner. The role is now played by oil. While the country is still home to abundant water resources and arable land, the declining crops prospects is eminent. Crop yield per hectare in Nigeria is about 20% of the world’s highest yield.  In the 60s, Nigeria was the leading Palm oil exporter globally—ahead of Malaysia and Indonesia. The country accounted for 47 percent of all groundnut exports—ahead of the US and Argentina, and produced 18 percentage of the World’s cocoa—only second to Cote d’Ivoire. These trends sharply contrast the current situation. For instance, cocoa production in the country continue to shrink, currently accounting for less than five (5) percent (down from the 18% in 60’s) of global production. The country has transitioned from self-sufficiency in food to being a net importer, spending over US$4.35bn in 2012 importing rice, fish and sugar alone.[4]

The Nigerian is declining prominence as an agriculture powerhouse is partly attributed to the negative impact of the oil boom. Unstable and often inappropriate economic policies (of trade, pricing and exchange rate) and the relative neglect of the sector especially in the last decade has also been blamed. In addition, agricultural lending in the country is uncharacteristically low. In 2013, only one (1) percentage of all commercial loans were issued to Nigerian agriculture and agri-business related industries, yet the sector still contributes over 20 percent to the GDP.[5]

In spite of the above shortfalls, Nigeria remains a significant producer of a number of crops that are of great importance to African smallholders. Currently, the country is the world’s largest producer of Cassava——producing 38 million tons in 2014—and accounted for 19% of global cassava production. The country targets to produce 51 million tons in 2017.[6] However, the country’s ability to process the crop into high-value products remains very low. Currently, Nigeria accounts for Zero percent of the trade of value-added cassava products globally while Thailand, which produces only 10 percent of global cassava, accounts for 80 percent of the trade in its value added products. Cassava products include high-quality cassava flour, cassava cake, glucose, starch, chips and a popular traditional West African staple food, garri among others. These products’ demand is constantly high and is expected to rise rapidly due to increasing urbanization in Nigeria as well as the global increase in grain prices.

Value Proposition: By processing its cassava into high value and exportable products like glucose, dextrose, and other related products, Nigeria could save millions currently spent on importing the same items each year. In 2011 alone, Nigeria spent US$ 42million importing 70,391 tons of glucose and dextrose mainly from the US, South Africa, and Asia.[7] During the same year, only one company, Ekha Agro—situated in the western region of Nigeria—was producing glucose in the country. While the company’s annual processing capacity currently stands at 26,000 tons—50 percent of Nigeria’s glucose requirement—it produced only 13,000 tons of glucose in 2011. The company attributed the low output to the inadequate supply of quality cassava roots at competitive prices as well as the high energy cost in the country.[8] Inadequate cassava processing in the country undoubtedly leads to high post-harvest losses, which together with low-value addition, leads to reduced income for farmers.

Apart from Cassava, Nigeria is also the largest producer of tomatoes and rice in sub-Saharan Africa. All communities in Nigeria uses the two products. In 2012, Nigeria produced 1.56million tons of Tomatoes—65 percent of all tomatoes produced in West Africa. However, more than 50 percentage of this production was reportedly lost after harvest through poor storage and transportation as a result of the poor road network.[9] Consequently, there is a lack of reliable supply of the fruit during certain periods of the year. The situation has partly contributed to the rising import of tomato paste in the country. Nigeria is currently, the largest importer of tomato paste in the continent, and 4th globally after Germany, Italy, and the UK—spending about US$ 162million importing the product in 2011.[10]

Value Proposition: The demand for tomatoes and processed products in Nigeria far outweighs the current domestic supply. The supply gap provides a perfect opportunity for investment in the tomato industry while taking advantage of the liberalized trade in West Africa (ECOWAS). Already, Dansa Foods, a subsidiary of Dangote Group, is capitalizing on this opportunity. The group plans to commission a Tomato Processing plant with an installed capacity of 1,200 ton. The plant is poised to be the largest plant of its kind in the continent.[11]

Rice is another very important crop in Nigeria. Rice consumption per capita in the country increased steadily from about 18.4kg in 1990 to 34.4 in 2013, largely driven by the country’s growth in population and urbanization. However, production per capita of the crop has stagnated at 16kg over the same period. The trend has seen Nigerian rice imports rise at an average of 16 percent per annum. The country spent over US$ 2.5bn importing 3.5 million tons of rice in 2014.[12]

Value Proposition: Rice is emerging as the most profitable sector in the country, with players indicating a two (2) years return on investment. This lucrative sector is currently attracting private investor’s attention, both locally and internationally. Already, OLAM Rice Mill has invested over US$ 400million in a rice milling plant in Lafia[13] while Dangote Group has also committed US$1bn to the commercial rice production and milling.

There is no doubt, Nigerian agricultural sector faces challenges synonymous to most developing economies. However, there are indications of a brighter future for the sector. Firstly, the increasing government’s commitment to the future of the country’s agricultural sector is gladdening. In a recent interview with the Bloomberg TV Africa, the Minister for Agriculture, Dr. Akinwumi Adesina, underscored the need to boost Nigeria’s competitiveness and reduce imports through an agricultural transformation agenda. Dr. Adesina hailed the increased private sector confidence in the sector. The past three and half years alone, he says, the sector attracted US$5.6bn investment in from the private sector investors, with the bulk of investment coming from local companies.  He attributed this increased investor confidence to the incentives provided by the government to encourage companies to set up through a Staple Crop Processing Zones (SCPZ). The country has completed fourteen such zones, and the Minister expects this to add US$9 billion to the Nigerian GDP and boost rural development.[14]

Secondly, there is significant investment in the physical infrastructure such as roads, warehouses, power, and gas, especially in the high production rural areas. The World Bank and AfDB have already committed US$1bn to upgrade and improve some of the country’s physical infrastructures. Thirdly, the successful outcome of the presidential elections held on March 28-29 and for Governorship on April 11, 2015 is a pointer of Nigeria’s good macroeconomic prospects and a boost to the investors’ confidence.

In a nutshell, Nigeria is on track towards redeeming its status as an agriculture powerhouse. The country seeks to add 20million tons to the domestic food supply and create 3.5 million jobs through agriculture. Some of the crops that have attracted great private sector investors’ attention include rice, cassava, tomatoes, cocoa among others. McKinsey estimates that the country’s agricultural output could reach US$263bn by 2030, 135 percent up from the 2013 output.[15]

The above prospects and optimism in the sector can easily mask the underlying issue of the impact of climate change in Nigeria. The World Bank predicts about 20-30 percent drop in crop output by 2030 due to more erratic rainfall and higher temperatures. According to the World Bank report, the effect is likely to make food and water security harder for the country to achieve. The impacts on different agricultural components are expected to be far-reaching. For instance, the declining crop yields is predicted cause a 40 percent increase in rice imports to meet the growing demand from the fast-growing population that largely depends on rice as a staple food. On the production of livestock, the impact of climate change is expected to see a reduction in the feed, as well as increased thermal stress to animals.[16] This calls for the adoption of better farming practices that incorporates sustainable land management and conservation agriculture that can protect the vulnerable rain-fed crops against the harsh eminent climate change.