Egyptian Pound Devaluation and its Impacts

Egyptian Pound Devaluation and its Impacts 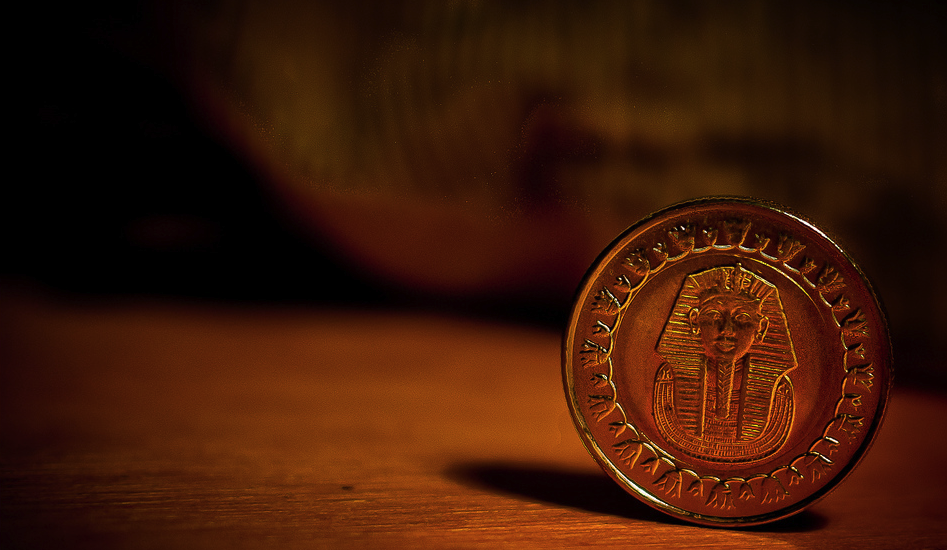 On Tuesday 19th of April, Egyptian media announced that the US Dollar exchange rate exceeded 11 EGP in the black market; a news that caused unprecedented panic across all sectors of the Egyptian society. On the other side, Tarek Amer, Governor of the Central Bank of Egypt (CBE), has denied any intention of devaluing the Egyptian Pound below its current value (0.11 USD), he also blamed the US Dollar hike on informal market speculation, where the demand comes from importers attempting to duck CBE’s restrictions that prohibit banks from trading US Dollars in the formal market to cover the imports of non-essential goods.[1]

To address this problem, CBE has recently revised the mechanism for providing US Dollars to the banks in the Egyptian market. Before that, CBE was using a quote system by selling a fixed volume in US Dollar at weekly auctions, the new mechanism requires banks to submit requests detailing investors to the CBE, and then the CBE creates reports about investors before allocating US Dollars to oblige banks to allocate the currency in the products approved by the CBE for imports[2]. Beside this mechanism, the CBE has exerted a lot of efforts to curb the black market speculations through currency devaluation, shutting down violating currency exchange companies and eased restrictions on Dollar deposits from 50,000 USD to 250,000 USD for importers of food, machinery, spare parts, capital goods and medicine while kept it the same for individuals.[3] But those actions seem to have failed; as the Egyptian Pound kept depreciating against the US Dollar, this event started a widespread debate across the Egyptian media about the inevitability of devaluating or rather floating the Egyptian Pound.

JP Morgan, a US-based financial services firm, expected in a report issued on the 15th of March, that the Egyptian Pound will be devalued by 35% in 2016, 14% of the 35% devaluation will be through the CBE beside further progressive changes. The report also added that this result will end up with an International Monetary Fund (IMF) loan before the end of the fiscal year. And it is quiet known, that the IMF requires structural reforms in the economy to reduce government expenses and to increase revenues which is referred to by Fiscal consolidation, and also oblige government to decrease subsides and protective measures. Eventually, the Egyptian government will be between the hammer of tough economic decisions and the anvil of economic failure. [4]

For the Egyptian Economy that depends mainly on imports devaluating or floating the Egyptian Pound is  viewed as a Big no-no!, because since devaluation or floating was introduced in the mid-seventies, the inevitable result was a dramatic increase in prices, which will burden the mid and low income classes in Egypt.

The first actual floating of the Egyptian Pound was executed by President Sadat in 1977- first actual floating but implicitly executed along with other austerity measures that lead to 1977 Egyptian bread riots, EGP lost 50% of its value – at this time Egypt was in a budget deficit due to war spending in the period from 1967-1973, the Egyptian government back then started external borrowing to cover its debts which is known by “Paris club debts”; but along with the failure in balancing government budget, lack of Arab investment and economic inactivity in the eighties, private sector started to borrow in US dollars which lead to the bankruptcy of several businesses, and the US Dollar crisis officially began to take place, where US Dollar exchange rate became 0.8 EGP instead of 0.4 EGP.[5]

As the figure shows, the USD exchange rate kept rising since 1968 and it reached its peak after floating the Egyptian pound in 2003.

Figure shows dramatic increase in inflation rates after 2003 where Egyptian government started to float the Egyptian pound, and in 2008 after the international financial crisis.

After the international financial crisis in 2008, the situation was aggravated as Egypt suffered an economic setback reached its peak in 2011 after the 25th of January revolution followed by unrest and political instability which lead to a substantial fall in  tourism, foreign investment, Suez Canal revenues and Egyptian expats transfers.[6]

The impact of the crisis is explained more subtly in the below examples:

The reasons making Egyptian Pound devaluation is not the best option is that economy cannot be controlled only by monetary policy, giving the fact that economy is affected by other factors other than fluctuations in the money market:

Mohamed El-Erian who was appointed by the Egyptian President on the 26th of November 2015 to be a member of the CBE coordinating council that manages fiscal and monetary policies, to advise the CBE, presented a proposal to address the US Dollar crisis, the proposal warns the floating of the Egyptian Pound without adopting effective economic measures which includes controlling imports according to priorities, linking Egyptian Pound to foreign currencies portfolio and abandon US Dollar peg, and increasing the interest rate on the Egyptian pound to avoid Dollarization of Egyptian business and increasing foreign investment.[10]

On the same page, Ahmed El-Sayed El-Nagger, economic expert and chairman of Al-Ahram daily – Egypt’s first public newspaper – suggested applying monetary rule of national currency sovereignty, which means obliging investors to deal only in Egyptian Pounds in the Egyptian market to strengthen the national currency and controlling imports according to priorities and facilitating investment procedures by applying one-stop-shop in all Egyptian governorates. [11]

He added that controlling or decreasing imports is an inevitable choice not only for developing countries but also for developed countries, as the United States following the International financial crisis decreased its imports from 2166 bn USD in 2008 to 1604 bn USD in 2009, according to Direction of Trade Statistics Year Book 2014 issued by the IMF, and also Asian countries like Malaysia, Singapore and South Korea done the same after the crisis of 1997, but on the contrary Egyptian imports is still increasing.[13]

Beside those economic measures, it is also important to solve the security issues that affected tourism sector, another alternative for tourism revenues to offset the fall in Russian tourism is attracting Iranian tourism; which is enjoying economic boost after lifting international sanctions. In this context, the Egyptian ministry of tourism is planning to attract 200,000 tourist by the end of 2016, [14]as the ministry’s studies state that the average daily spending of the Iranian tourist is between 170-180 USD, which is higher than the European tourist who spend between 80-85 USD.[15]

The Egyptian Pound value against the US Dollar has been viewed throughout the past years as the key indicator of the Egyptian economy, Egyptians fear a similar scenario in neighboring country like Lebanon which suffered from tremendous devaluation after the Lebanese civil war that made 1 USD worth 3000 Lebanese Pound.

The Egyptian Pound depreciation is a symptom of a bigger issue in the economy that requires crucial measures and structural reforms for Egypt to regain its position as an economic key player in Africa and the Middle East.