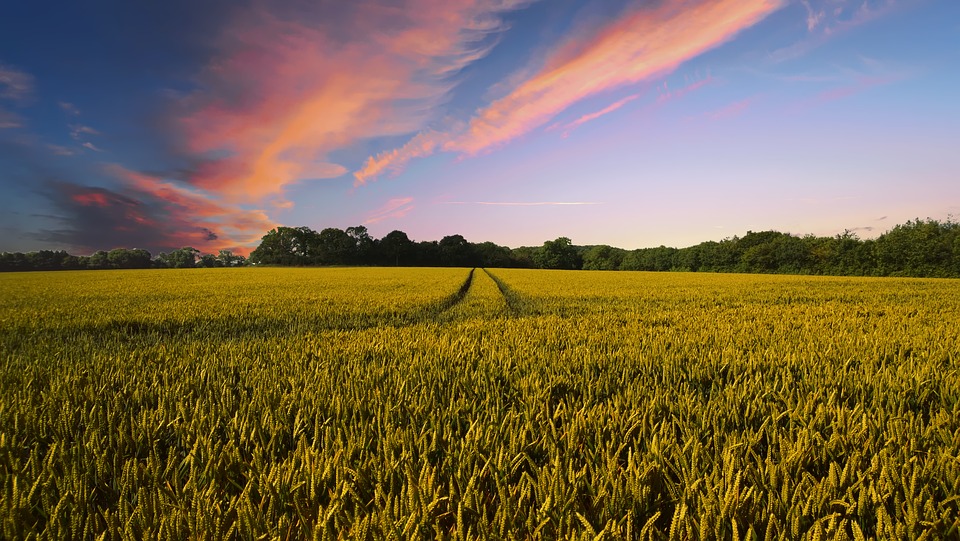 Africa has the second largest agriculture potential in the world in term of land area.

But it also has one of the largest populations, Agriculture employs more than 60% of it and accounts for 32% of the African GDP, but the continent is sometimes accused of producing “cash crops” while it is still suffering from malnutrition and is far from being self-sufficient. In this article, we will focus on the crop production in Africa and the impacts on its balance trade.

According to FAO statistics, Africa crop production is mainly concentrated in two categories: Roots and tuber and cereals which respectively represented 32% and 20% of its production in 2011. Africa is the second producer of Roots and Tubers in the world with a 31% share. Two crops, that are oriented toward domestic consumption, dominate this category: cassava and yams that represented 77% of the total production in 2011. In the same year, Africa was the world top producer of cassava with a 56% share, it is considered as a subsistence crop in Sub-Saharan Africa.: “Cassava provides a source of livelihood to about 300 million people in sub-Saharan Africa,” says Kenton Dashiell, Deputy Director General for Partnerships and Capacity Development in the International Institute of Tropical Agriculture (IITA). Cassava is easy to grow in poor soils and requires few inputs, but it has a poor nutritional value and can cause health problems for people. Hopefully, some of its new varieties happened to be richer. Yams, on the other hand, can be considered as an African specialty and more specifically a Western African specialty: in 2011, 92% of worldwide production comes from West Africa and more than 37% from Nigeria. 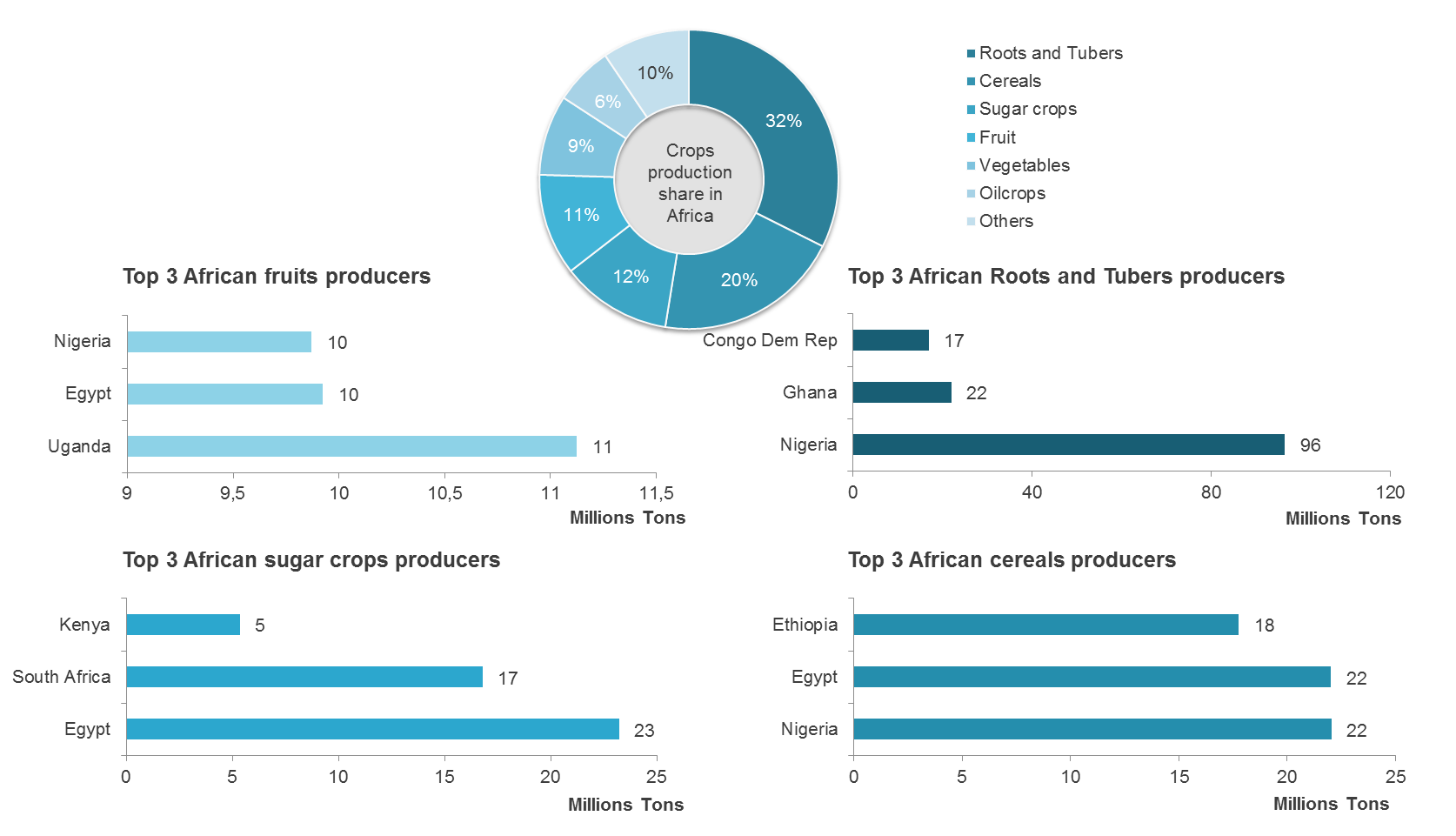 Cereals are the second important category of crops in Africa, but the continent remains the smallest producer in the world with a 6% share mostly because of the low yields: 1.7 ton/hectare in Africa which is 2.4 times inferior to the world average. In 2011 Maize represented 41% of African cereals production, South Africa was the top producer followed by Nigeria and Egypt.

Considering all crops and livestock products, the African trade balance is negative. In 2010 the deficit was (27) billion dollars or (81) million tons. Cereals account for 77% of this deficit and mostly wheat and maize.

In the 1980s, to face this deficit, The World Bank recommended Africa to invest in cash crops or export crops such as coffee, tea, and oil crops.

Those recommendations raised a debate about the appropriate agricultural strategy for the continent: export promotion Vs. food security. There are two different arguments that can be defended: on one hand, developing and exporting cash crops to countries that have a comparative advantage will attract foreign investors and generate enough cash to import the necessary food crops and, on the other hand, a study[1] showed that more staples production can help Africa to reduce its poverty. According to FAO statistics, almost 20% of the total harvested lands are dedicated to cash crops, and this number remained constant from 1990 until now.

But none of those strategies can prove to be effective if the continent doesn’t: 1/ improve its yields: if Africa reaches the world average cereals yields, it won’t have a negative trade balance 2/ remove cross-border restrictions on the food trade such as export bans, price controls, import tariffs, and quotas. 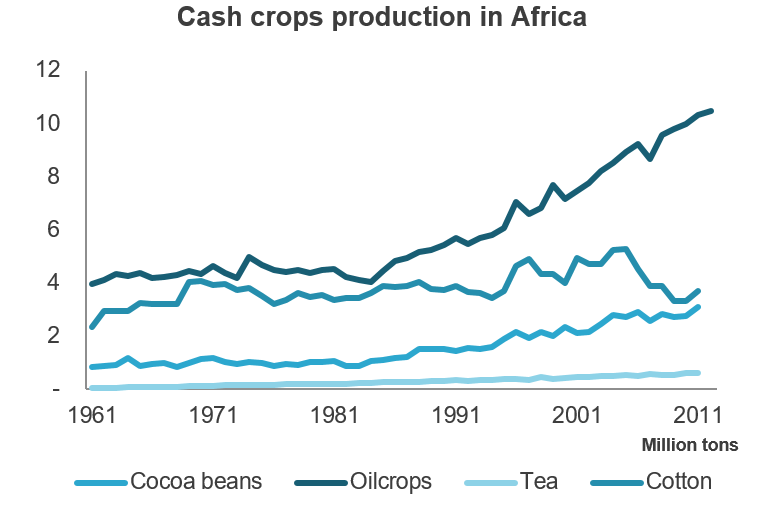 Africa has real challenges to face in the next years, but other continents and countries seem to face another kind of challenges such as the declining of arable lands and increasing demand…. Which increase their interest in Africa’s land, in the next article we will treat about the transnational land acquisitions.

[1]  The study made by the International Food Policy Research Institute (IFPRI) shows the impact of the agriculture-led GDP increase on the poverty rate in 10 African countries.